Don’t close yourselves and the God in the Church 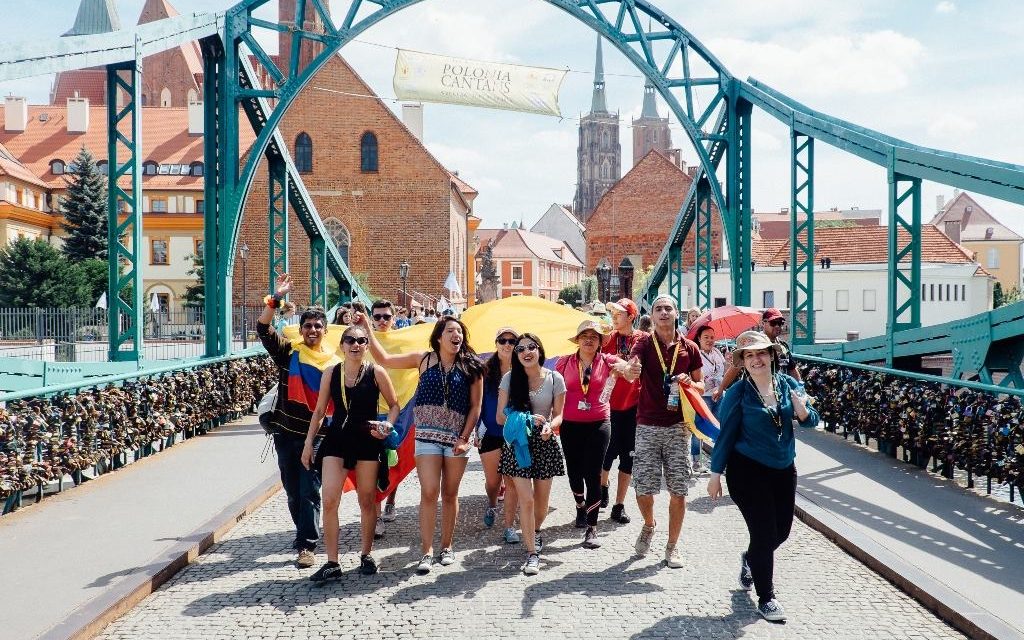 Lots of people from all over the world in Ostrów Tumski, the oldest part of Wroclaw,  flags of so many countries raised high up in the air and in the meantime a lot of smaller events to which the young people were invited to participate in. Eucharistic adorations, intercessory prayers, concerts glorifying God, the tent of the meeting – everyone could find something for themselves.

The pilgrims could take part in various spiritual events. They also found additional attractions, such as for example a board on which they could write what the mercy meant for them.

In the Church of the Holy Cross, the parish choir from Oleśnica  IUNCTUS made a great performance of polish songs. The traditional songs were performed at 12:00. Besides polish traditional songs, the pilgrims could also listen to a few religious songs from the Taize community, performed among others in German and Spanish. The texts with lyrics which were placed on seats in the church functioned as a silent invitation for pilgrims to take part in singing. 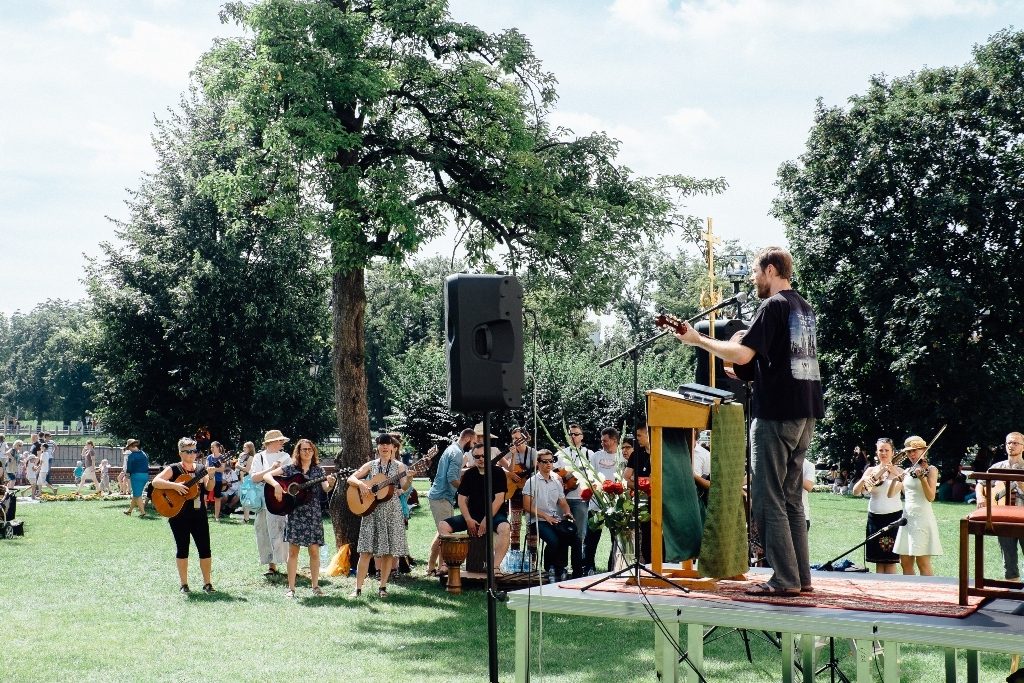 -We wanted to show the beauty of polish songs—stresses the conductor, Iwona Wróbel,.

Leo Hoearter, who came from Strasbourg, was delighted by that concert. He regretted that he couldn’t stay longer. He really wanted to participates in other events which took part that time.

In front of the gothic Church of the Most Holy Virgin Mary on the Sand Island, you could see the evangelisation ‘on the grass’. Various people shared their experiences of faith.

The gothic Church of the Most Holy Virgin Mary on the Sand Island resounded with Taize songs and intercessory prayers performed by volunteers in the church aisles. In the Winter Chapel pilgrims could adore in silence the most blessed sacrament.

Daniel, one of  the pilgrims from the USA, sharing his impressions, said: everything which is happening here comes as if from above, form heaven.

In the St. Bartholomew Church, in its austere and cold building placed underground, there was a confession in two languages: German and Spanish. Among others, pilgrims from Ecuador, Colombia and Germany participated in that opportunity to reconcile with God. The priests who offered such an opportunity were guests in Wroclaw who expressed beforehand their willingness to serve pilgrims with the opportunity of confession.

The labyrinth light-life provided an occasion to meet with the Word of God,organised by the Movement Light-Life. One of the Coordinators, Michał Boniek, said: 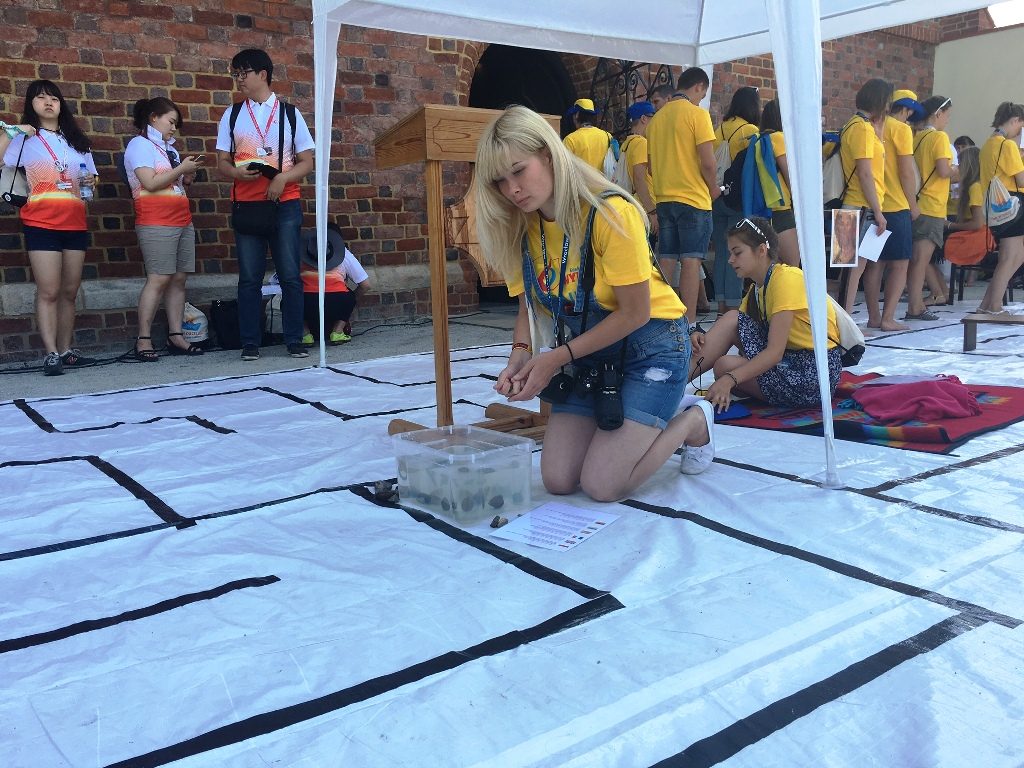 We constructed a labyrinth so that pilgrims could entrust all their problem to the Lord.

On the stage in front of the cathedral, the Wroclaw Choir of the World Youth Day made their music performance. They glorified God with both Polish and English songs, inviting everybody to sing together with them. The song Jesus Christ is my life triggered the loudest reactions: the group from Italy  introduced a simple choreography and by doing that encouraged all the others to dance together with them. 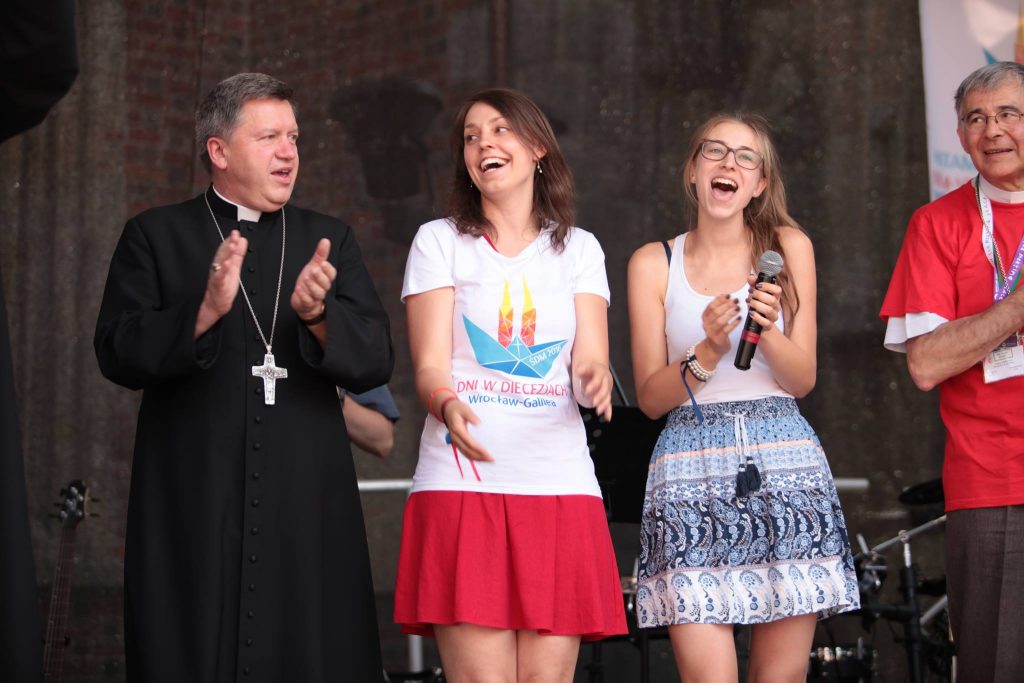 At 12:00, on the stage in front of the cathedral, a few coordinators of the World Youth Days in Wroclaw stepped onto the stage, including the main coordinator Father Piotr Wawrzynek. Pilgrims were welcomed by the coordinators in a few languages. Then, the archbishop Józef Kupny was asked to make a speech to the pilgrims gathered at the cathedral. The archbishop encouraged all the pilgrims not to close themselves nor God in the Church. He made it clear that in the Christian life the domain of faith and everyday life overlap with one another.