Musical finish to the Days in the Dioceses 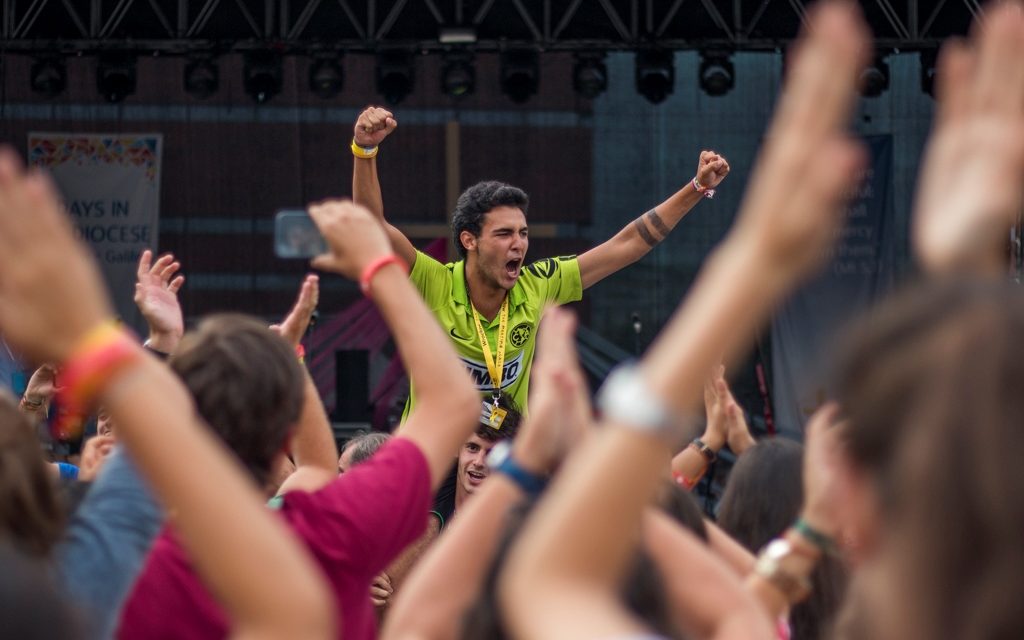 Sunday- last day of MercyFests in Wrocław. Participants had a chance to dance the integrative dances, like polonez or belgijka, for the last time in here. Worshipping God and many touching words were also present. Concerts and visits from foreign starts  made this event even more special.

– We’re free in our God- Priest Andrzej kept repeating, while his speech addressed to all gathered guests. He also told a short story on Polish adamant longing for freedom and independence. 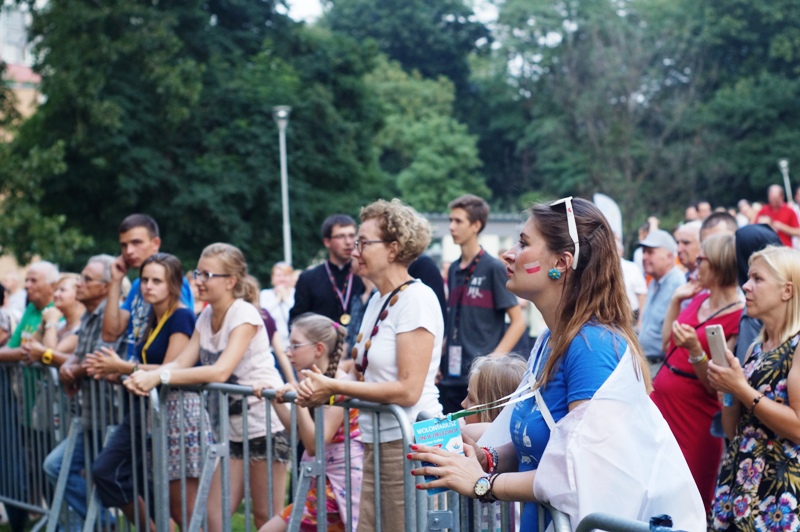 The start of the evening was Ewa Uryga, who lead the concert dedicated to worship the God. She asked the crowd an important question: “Do you trust God, when life becomes hard?”. Everyone was under a great impression after her interpretations of “Szukam chwały Twej” and “I believe I can fly”.

This is how a young man from Brazil described his experience:

– Those games are really cool. They allow us to connect on spiritual level, but also unite us, despite the fact we have different nationalities, backgrounds, because faith and prayer are our common  denominator.

The Brazilian Pilgrim played an intrument, which intrigued many people. It was called beante, it looked a little like a tube. He also added that this meeting was a very enjoyable one. The reason for that was witnessing God’s Mercy and amount of new people he met.

Teki after welcoming all gathered people, the FreakFraks started their vivid animations. Everyone obviously took part in those. No standing, only integrating J

On the stage we could enjoy dance performances from few groups of the Pilgrims. The group from Austria definitely made everoune lose their breath. The group from Philippins followed with traditional attire required for dancing traditional dance, just like some pilgrims from Argentina or Iraq.

On the Wolności Square, as you probably already expect, we also observed the famous integrative dances.

Fisheclectic- polish band performed on the stage, making everyone sway with their song Chcę widzieć Cię.

After the musical experiences, the group presented a pantomime.

In Park Południowym French Tutti Christi performer on the stage, plying rock music for gathered Pilgrims, guests, hosting families and all residents of Wrocław. The group of singers from Brazil followed with their interpretations and original music, accompanied by simple, yet very enjoyable, dance routines.

A girl from Colombia shared her experience of WYD that took place in Rio de Janeiro, when she felt her life should be devoted to God, by becoming a nun.

Besides games, concerts, prayers we had a chance to enjoy a football matches. The Pilgrims played also the friars played. The emotions were infectious, but fortunately the “We’re the champions” were dedicated to everyone, who deiced to take a part in this “mini” league- finished with Bravo bravosimo.