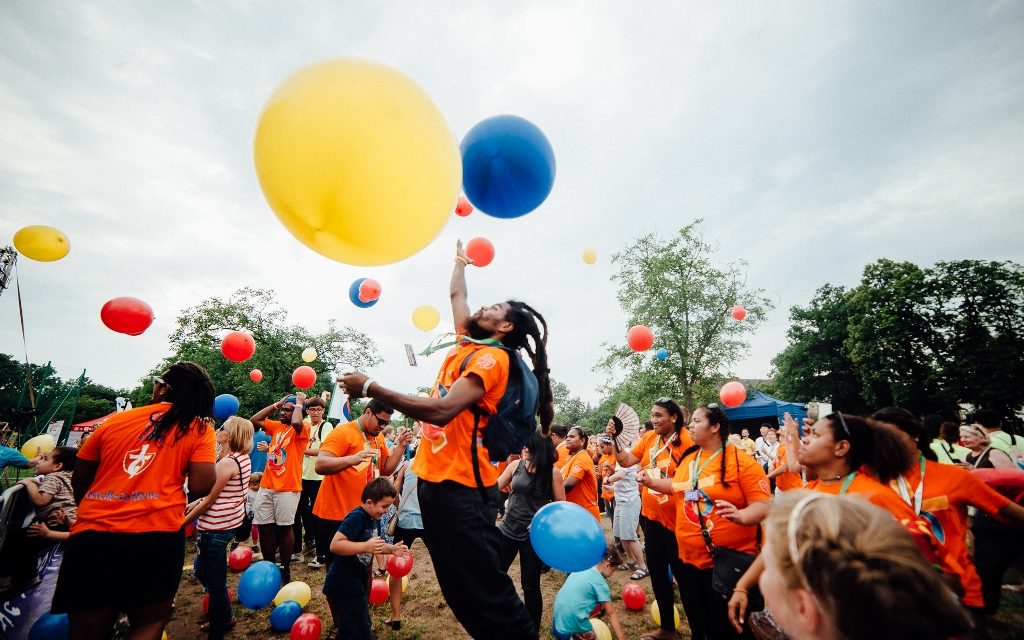 Days in Dioceses were only a foretaste of the Central Events in Cracow. For the thousands of people the time was amazing. Amongst lots of quotes I read or heard, these two words were most frequent: joy and faith. Faith next to joy, joy next to faith.
To be able to look at DiD through the eyes of their participators, I decided to ask not only the pilgrims, but also the volunteers, the citizens of Wrocław and some people from the “outside world”, connected to WYD by a coincidence.

PILGRIMS’ EXPERIENCE
Sofia, Mexico
I lived with a Polish family at Ołtaszyn. Everybody was truly kind to us. What I enjoyed the most, were the MercyFests and the integration time. I am really happy I’m already going to Cracow, but it’s sad to leave the Polish family.

Olivier, Germany
I was living with the Poles. After a few days, I felt like a part of the family. The best was the time in the parishes (Sunday – author’s note), because of the opportunity to see the Polish customs and their attitude to the catholic faith.
Tania, Australia
I liked the MercyFest on Teki and Singing Europe with sister Cristina. Wrocław was my first step for the celebration in Cracow.
Yithzak, Panama
I lived with a Polish family. Those people were wonderful, my friends and I are going to miss them very much. Amongst the Wrocław monuments, the Cathedral effected me the most. I am so excited about Cracow, but I don’t know what to expect. 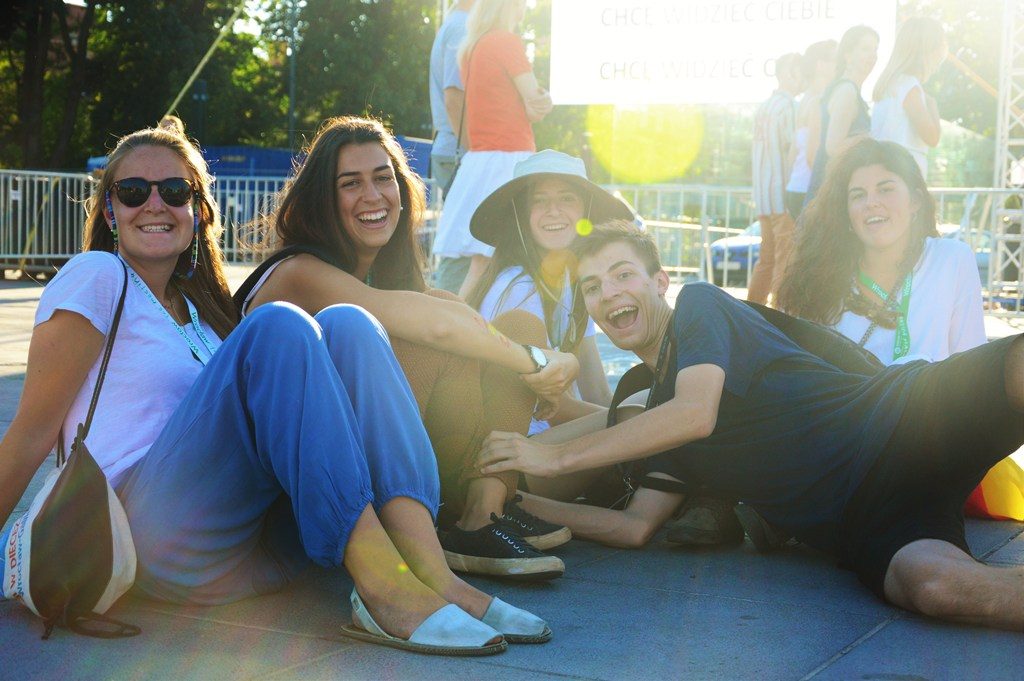 Mary, America
I like the Polish spirit a lot, the Polish atmosphere too. I also enjoyed the MercyFests, where a huge cultural differences could be seen. However, the sightseeing was the best for me. I’m glad I’m setting off to Cracow, I can’t wait to see this whole unity of Church.
Cristina, Spain
I though Wrocław is a tiny town. When I came here, I was positively surprised. I really like the Poles, they were really open and kind. The most I enjoyed the city tour and the marketplace. The funniest moments were  caused by the language barrier. For example ‘secador’ is a Spanish word for the hair dryer. It was taken for a Polish ‘sekator’ – the hedge-cutter and the Poles thought I’m going to cut my hair. 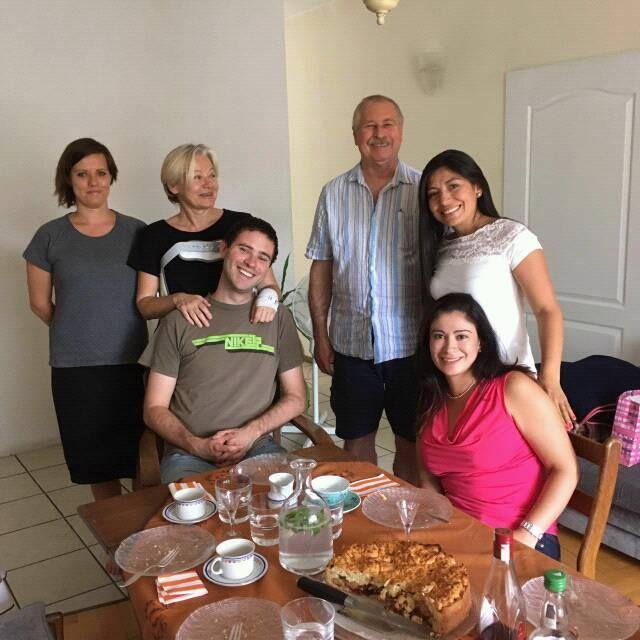 Tatiana and Natalia, Colombia
It’s so motivating to see, that on the other side of the world people are so similar to us, they trust in God and they long to share it with others. Here we experienced Mercy in the true meaning of this word. We are happy.

Michał, volunteer: media and packages department
Lots of work and running, lack of time for yourself, but simultaneously – joy, especially, while looking at the laughing pilgrims’ faces. One could feel God’s work, His presence. The logic said lots of things shouldn’t have happened, but some last minute events were causing a happy end.  Here somebody came to help, there somebody came to advise and at the end we managed to do everything on time. 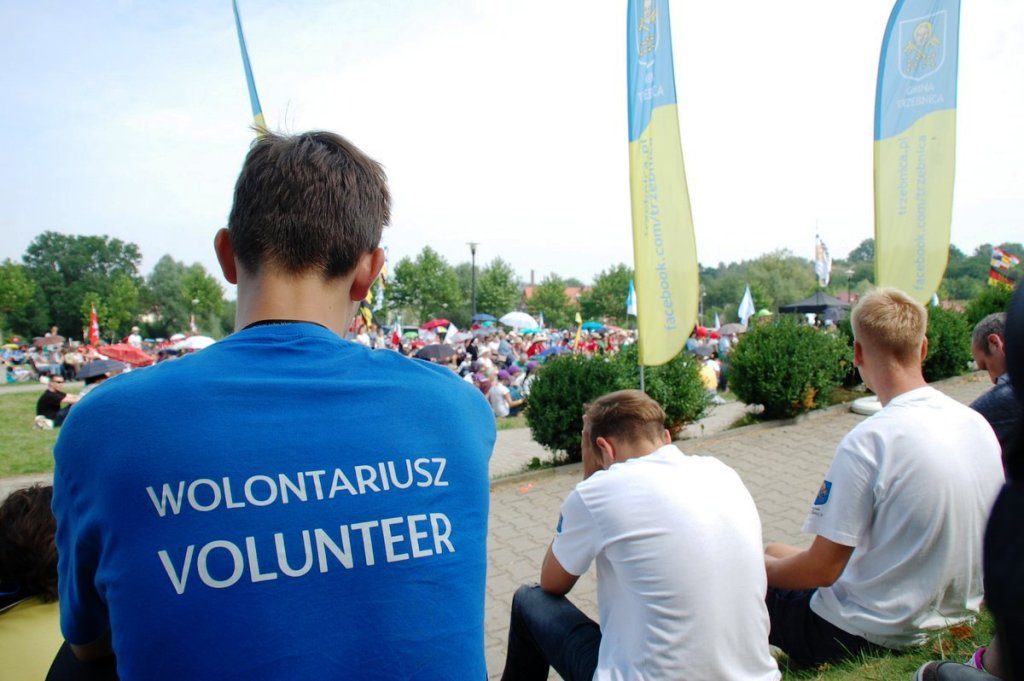 Szymon, volunteer: transportation department
Truly effective time, duties all day long, but despite the millions of phone calls I answered, I have a feeling that numbers of good things had place and I’m really happy about it.  I was surprised with the organisation – reality didn’t always match the arrangements. I was touched by the sight of all these people being able to be together, to rejoice and pray. I deeply experienced the Cross adoration at st. Matthias church. I felt the universality of the Church almost tangibly. There are people in various places of the world, people who believe in Christ, people for whom He is important enough to come and meet another Christians. A testimony of the living Church.

Jaromir, volunteer: one of the Ostrów Tumski leaders
I entered the st. Bartholomew church for a minute and at the confessional I sew a kneeling girl with the Colombian flag on her back. This little picture touched me deeply. The girl came all the way to make use of the mercy.

There were also people, who heard about Days in Dioceses from the relatives, or just experienced them during the events, e.g. by meeting some groups in the city centre.

PEOPLE TALK…
Maciej
I heard about DiD from my girlfriend, who’s a volunteer. I’ve been at Singing Europe and the Sunday MercyFest in Park Południowy. It was loud and colourful in there. A downside was a poor sound quality and inadequate popcorn and beer consumption during the classical music and NFM orchestra performance.
Karolina 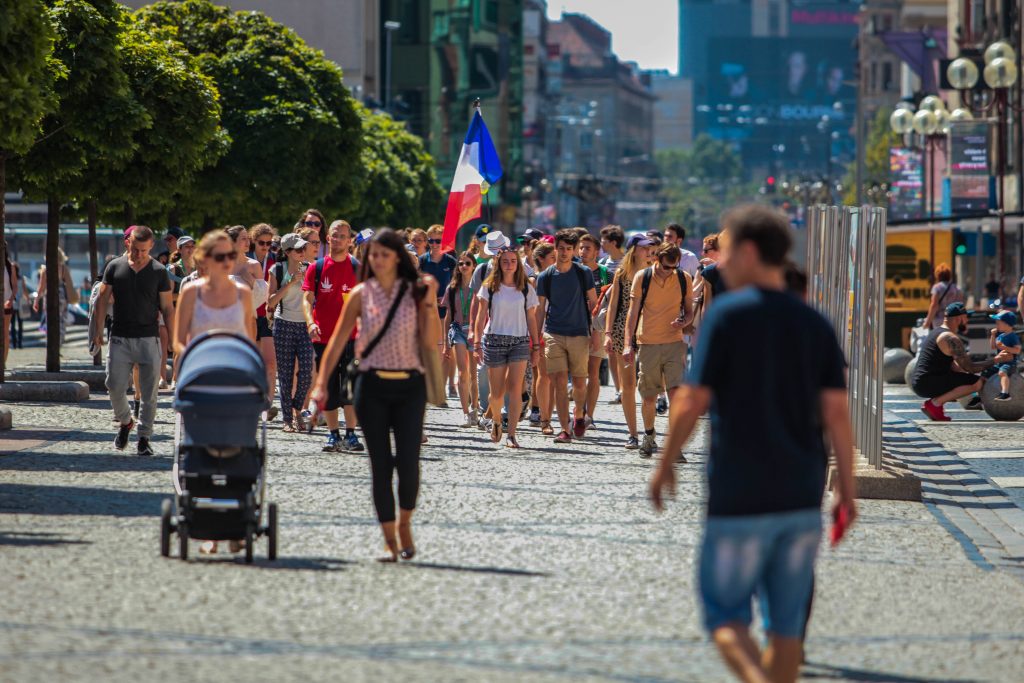 One day – it was on Thursday, probably – I met some joyful, singing young people at the marketplace. They were holding flags of various countries. To be honest, I had to smile. At home I could search for information and I found out, they were the WYD pilgrims and Wrocław is their station before Cracow. I got more interested and managed to take part in some of the events. On Sunday I went to Plac Wolności, to one of the MercyFests and I recall the evening very well. For the first time I saw there is a place for youth and happiness in the Catholic Church.
Cracow is already getting packed with young people, coming from the Polish dioceses. Time spent in Wrocław opened the pilgrims’ eyes for each other and prepared them spiritually for meeting the pope. However, in all the commotion it is easy to forget about the most important Pilgrim. Humbly covered by the crowd, the Creator of everything. He is the reason of all the celebration, He started it all, whispering to John Paul II’s ear, encouraging him to arrange an opportunity for the world’s youth to share the joys of faith. The event in Cracow will consist of three levels: meeting the Holy Father, meeting the youth and meeting the God Himself – end the last one is the major one.